Is Fat Making Us Fat?

“Obesity is the most important medical problem facing this country today. Currently, 1 in 4 children and 1 in 2 adults are overweight. These rates have increased by 50% since the 1960s,” says Harvard graduate Dr. David S. Ludwig, of the Children’s Hospital in Boston.

In an attempt to combat this problem, the Federal government and the medical community has advocated decreasing total fat and sugar while increasing “complex” carbohydrates. Despite a reduction of fat consumption to around the recommended 30% of total energy, rates of obesity continue to rise. This has led many doctors and physicians such as Dr. David Ludwig to conclude that there must be another dietary factor playing a critical role in weight regulation. Genes only account for about 5% of obesity. It is Ludwig’s prediction that the glycemic index, the measure of how quickly foods digest, may play the most significant role in weight gain. 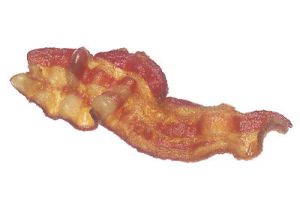 Dr. Ludwig says if you want to take off weight and keep it off, you want to pay attention to the glycemic index of the foods you eat. High glycemic foods like sugar, white flour, white rice, potatoes, soda, juice, and most packaged or processed foods cause a surge in blood sugar, followed by a crash. The body digests these foods into sugar literally within moments after eating. This biological reaction releases hormones that stimulate hunger, making you crave more food, more often. It also releases the hormone, insulin, for fat storage, and lowers your overall metabolism.

Ludwig recently published a study in the Journal of the American Medical Association that compared low carbohydrate, low fat, and low glycemic diets. Findings show that a low carbohydrate diet burns the most calories per day.

Low glycemic foods tend to be natural foods like most fruits, vegetables, and legumes. They are digested slowly in the body, using more energy, and burning more calories in the process. According to Dr. Ludwig, this increases the metabolic rate and decreases hunger, giving us a biological advantage in maintaining a healthy weight. 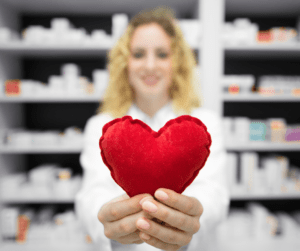 “We got in our head the idea that fat causes heart disease and that the carbohydrate was a heart-healthy food,”  says Taube. After this government recommendation, statistics in the USDA show that carbohydrate consumption went up, sugar consumption went up, and fat consumption went down, and this happens to coincide with rising obesity and diabetic epidemics.  “Conventional wisdom remains to this day; it’s all about calories. It’s all about eating too much, exercising too little. And we’ve been given that conventional wisdom as the nation has gone fatter and fatter and fatter. And what the authorities do is blame us, the public, for not following their advice. The counter-argument is the advice is wrong, that what they’ve been telling to do has made the problem worse, not better,” says Taubes.

“We have these blanket recommendations for the nation that fruits and vegetables are good for us,” says Taubes.  But we must separate potatoes or starchy vegetables versus green, leafy vegetables like broccoli, kale, spinach.” Furthermore says Taubes, “I’m making this argument that you know, for those of us who get overweight and obese, the carbohydrates in the diet are what’s causing it. So if you’re a lean and you want to remain lean, then, you know, eating fruits and starchy vegetables are fine as long as your body can tolerate it. But if we’re talking about somebody who’s 100 pounds overweight or is a type 2 diabetic, then arguably, even the carbohydrates in fruit are going to be problematic.”

Clinical trials have demonstrated that type 2 diabetes can be reversed by severe carbohydrate restriction, says Taubes. After following a low-carbohydrate, high-fat diet, the body can return to normal and, in most cases, tolerate more carbohydrates in food, including most fruit.

Okay, moderate carbohydrate consumption. But what about dietary fat?

“Whatever causes coronary heart disease is not primarily from a high intake of fat,” says Ph.D. Michael Gurr, coauthor of the textbook Lipid Biochemistry. 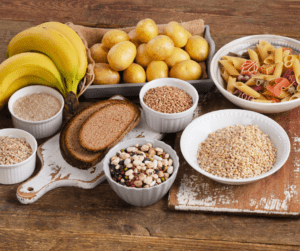 Fat is our most efficient and prolonged burning fuel. It is essential for a multitude of bodily processes, including the health and function of the brain. As certified nutritional therapist Norah Gedgaudas, points out in her book, Primal Body Primal Mind, dating back as far as three hundred thousand years, humans subsisted primarily on meat and the fat of hunted animals. Plant material was slim, and indeed all cereal grains were a product of agriculture, ingested many years later. It was the extended dependence on meat and fat, giving the body EPA and DHA that allowed for rapid brain development. “We don’t ever have to eat any sugar or starch to be optimally healthy,” says Norah Gedgaudas. Our bodies can manufacture glucose, as needed from a combination of protein and fat in the diet. According to Gedgaudas, except for red blood cells, most organs and tissues in the body, including the brain, prefer to use ketones, the energy-producing by-product from the metabolism of fats. “There is abundant evidence that many modern diseases, including cardiovascular disease, elevated triglyceride levels, obesity, hypertension, diabetes, hypoglycemia, and cancer, to name a few are the product not of excess natural fat in the diet, but of excess carbohydrates,” says Gedgaudas.

The quality, nutrient-laden dietary fats richly present in the organ meats, fatty fish, bone marrows, and tallow favored by humans throughout 2.6 million years of evolution constituted 60% or  more energy intake in some primitive cultures, all without detriment to the heart. Gedgaudas predicts that this sudden health crisis has more to do with the advent of the food industry, and the increase in consumption of refined “Franken-foods,” vegetable and hydrogenated trans fats, sugar, and carbohydrates.

Make a conscious decision to cook with only fresh, quality, carefully selected, whole foods. Eliminate chemical additives, preservatives, poor quality fats and oils, and most foods known to cause inflammation in the body. Follow a low glycemic, low carb, anti-inflammatory, paleo diet. This may seem like a mouthful, but it is quite simple. By serving a variety of quality fats, oils, proteins, vegetables and fruits, you will lay the foundation of a well-balanced diet, without it feeling like a standard weight loss diet. It is our personal goal that healthy eating becomes a lifestyle choice because everyone deserves to feel the vitality and wellness that can occur when the body is properly nourished.

To get you started, we will provide you with some delicious anti-inflammatory recipes. 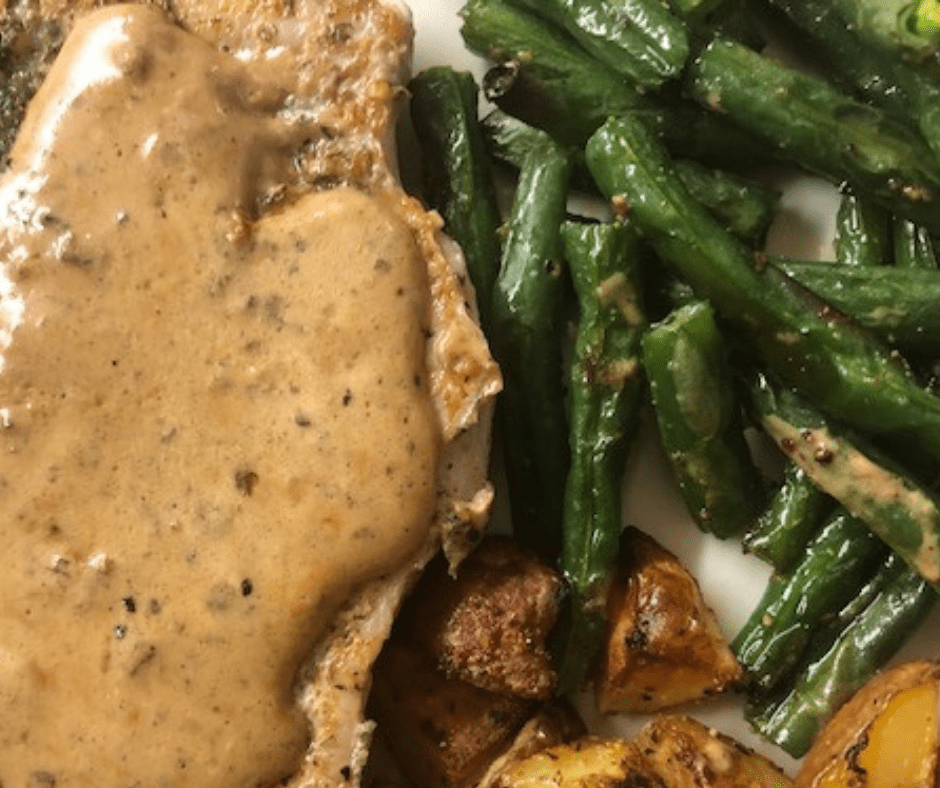 NOTE: If you're on a Keto Diet, follow this recipe but replace sweet potatoes with another vegetable of your choice.
Print Recipe Pin Recipe
Course Main Course
Servings 2 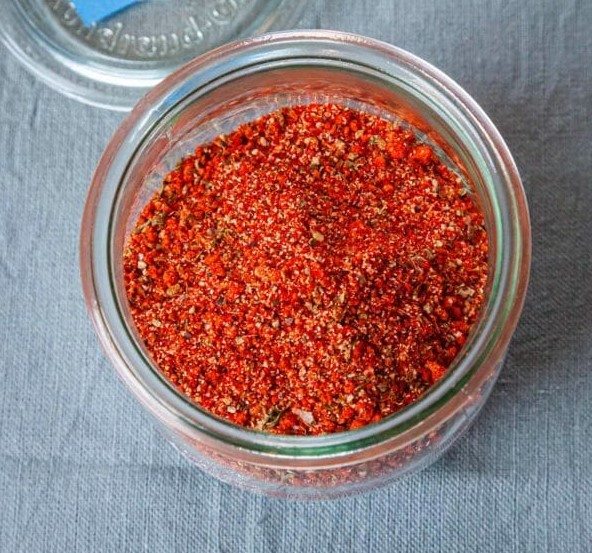 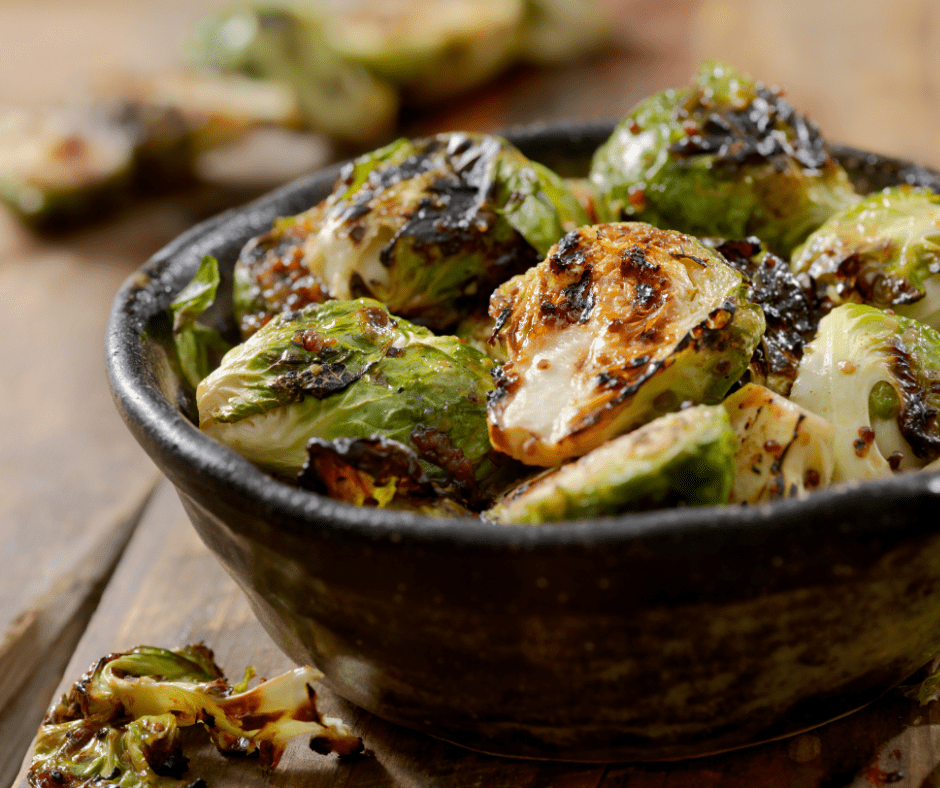 We are always looking for delicious side dishes. Prevention.com is a great place to look. We adapted their recipe to fit an anti-inflammatory lifestyle.
Print Recipe Pin Recipe
Course Side Dish
Servings 4

Under the weather? Nothing tastes better than a steaming bowl of chicken soup. This version is heavy on nutrient-rich veggies and healing herbs to get you back on your feet in no time! Have leftover chicken? Shred it to add to this soup and reduce cooking time.
Print Recipe Pin Recipe
Course Soup
Servings 6

If you’re interested in an anti-inflammatory lifestyle and more information and recipes like this, check out The Official Anti-Inflammatory Diet Masterclass.  Or email us at info@VitalityConsultantsLLC.com for more details.